A Bill in Rejected status indicates the claims administrator was unable to match the Bill to a claim on file due to errors in the patient or injury information. daisyBill does not reject bills.  Rejections come directly from the Claims Administrator or their designated clearinghouse.

Find the precise reason for the rejection in the Bill History. Review and confirm the Patient and Injury information with the Claims Administrator prior to resubmitting the Bill.  Resubmitting a rejected bill without making changes will result in additional rejections for the Bill.

If you believe a bill was Rejected incorrectly, Report an Error to DaisyBill’s Compliance Team.  For more, see the Help Article: Report Error. 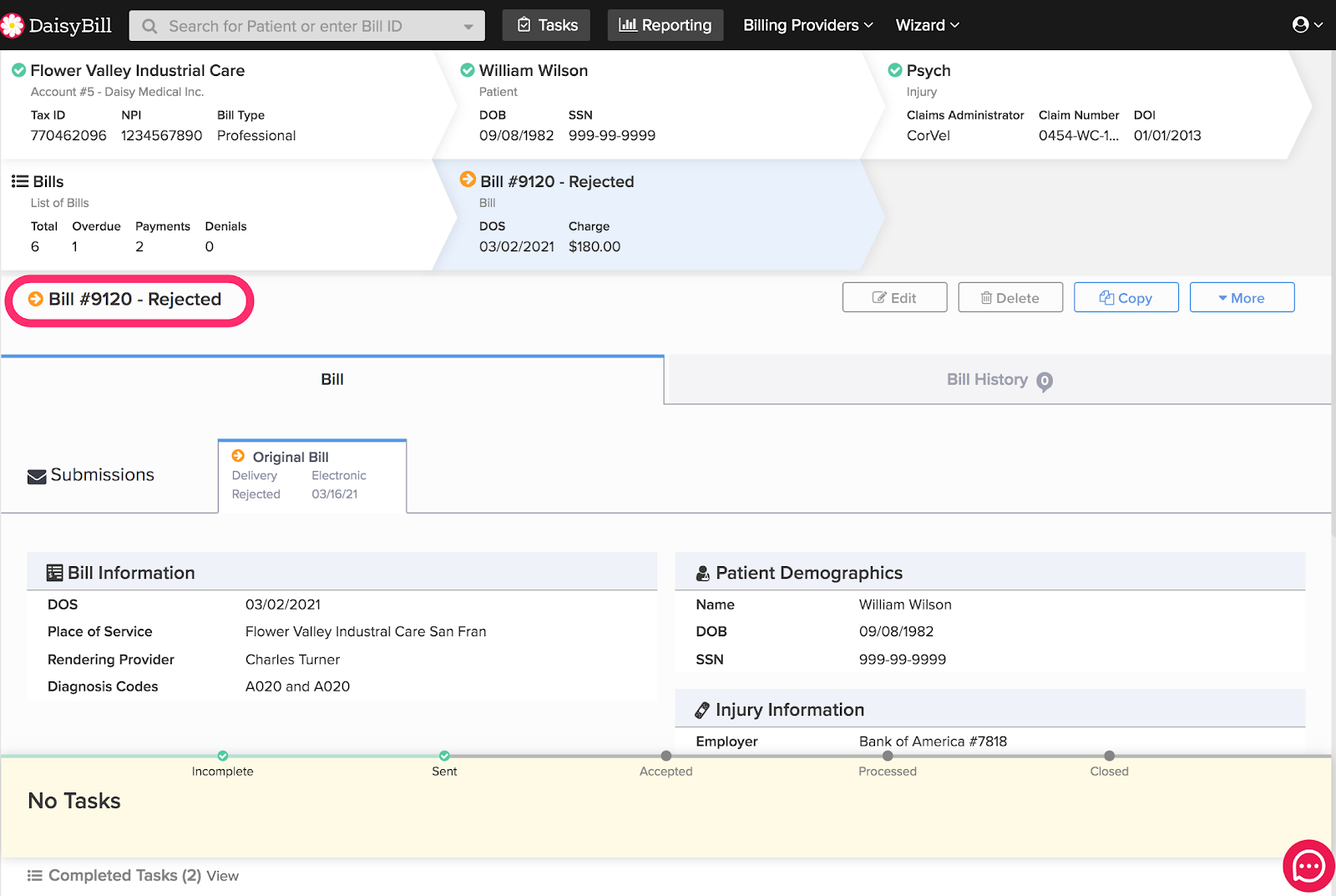 A bill in Rejected status will have the below task type assigned.  Click the link to learn more about the task and how to complete it.