Working through RFA tasks every day helps you stay on top of authorization -- and makes your life easier.

An RFA Failed Review task is caused by missing Claims Administrator Information on the Injury page. If this info is not entered when creating the first RFA for a patient’s injury, then it will need to be added before you can send your RFA. 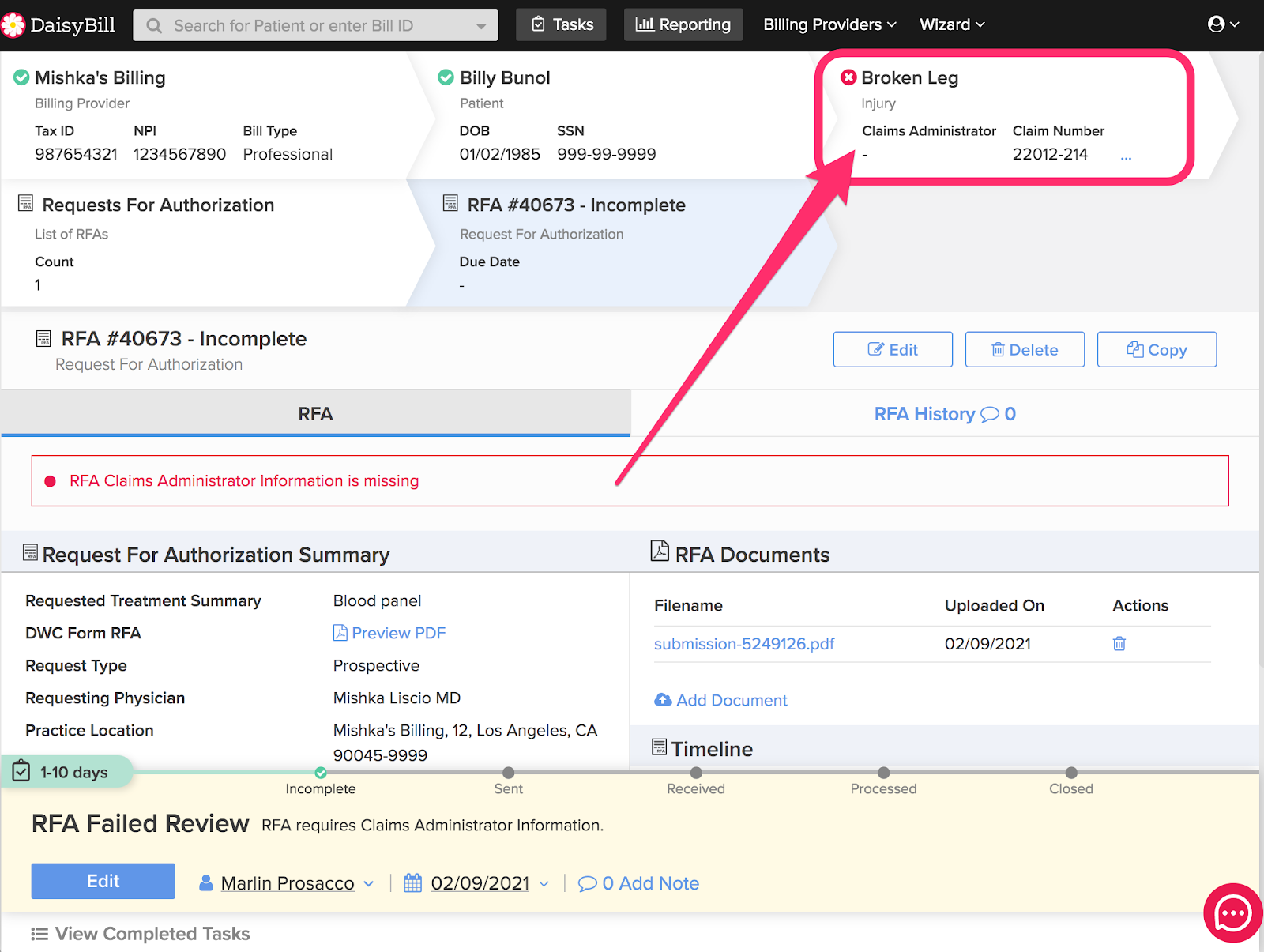 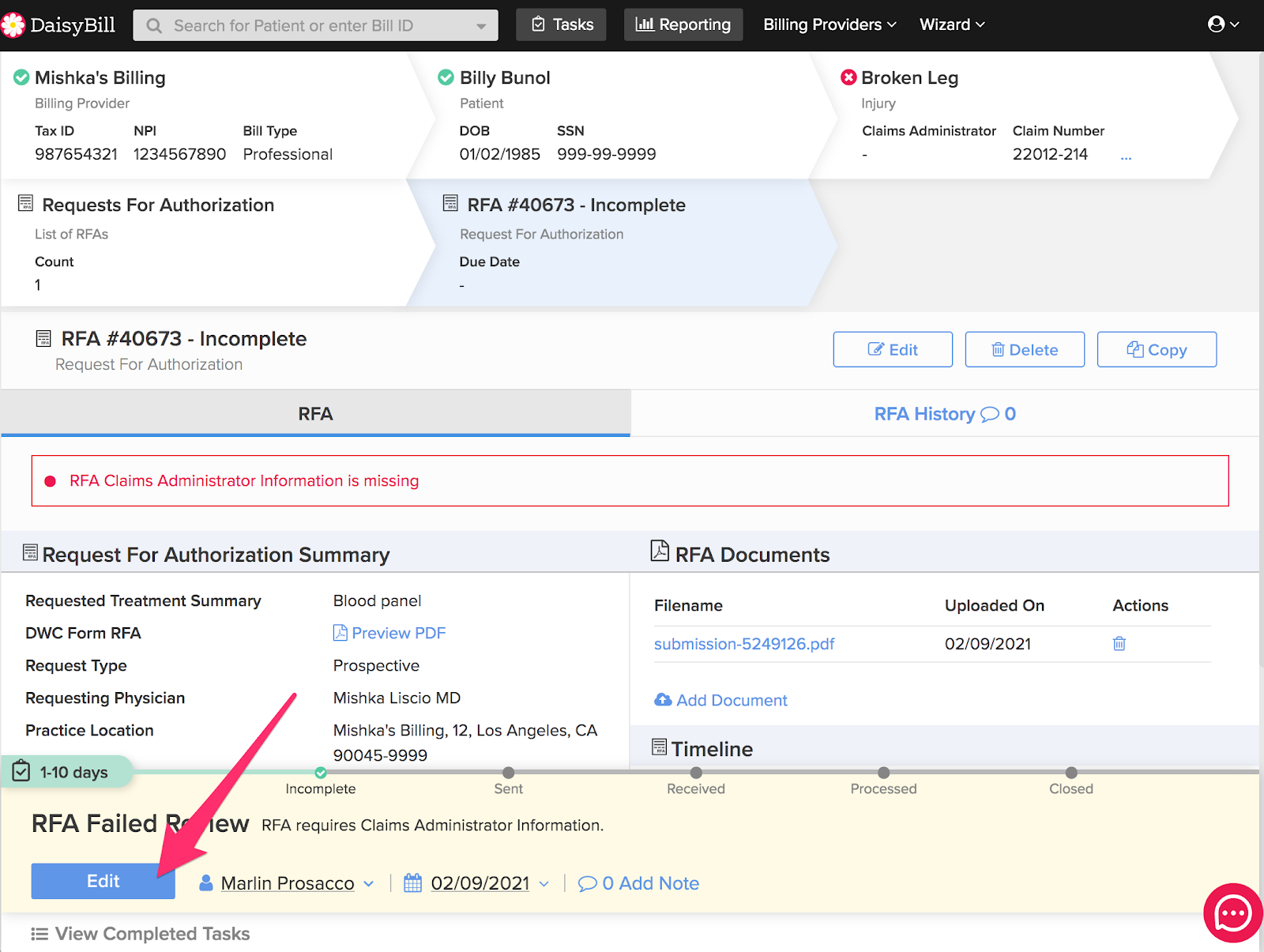 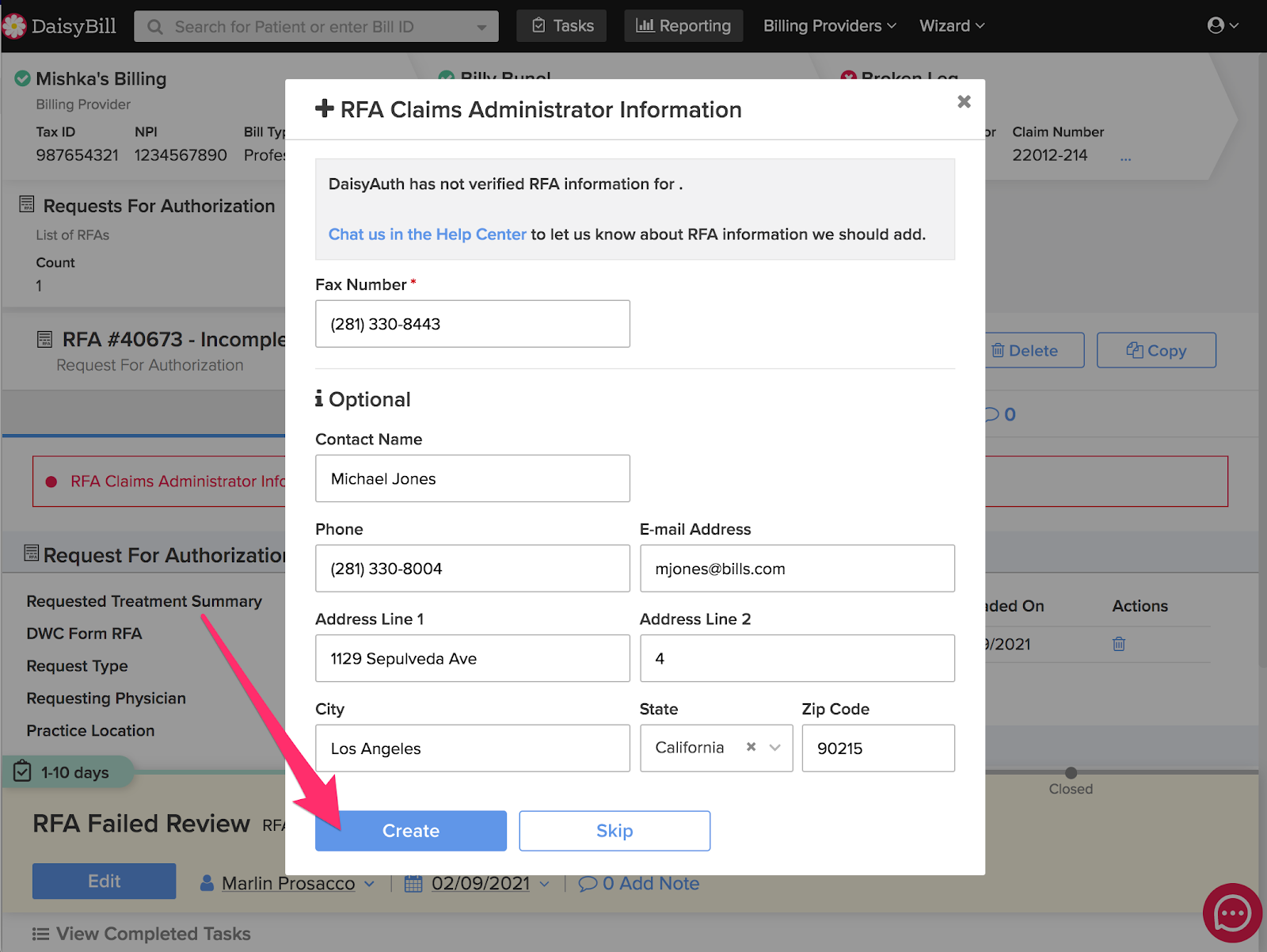 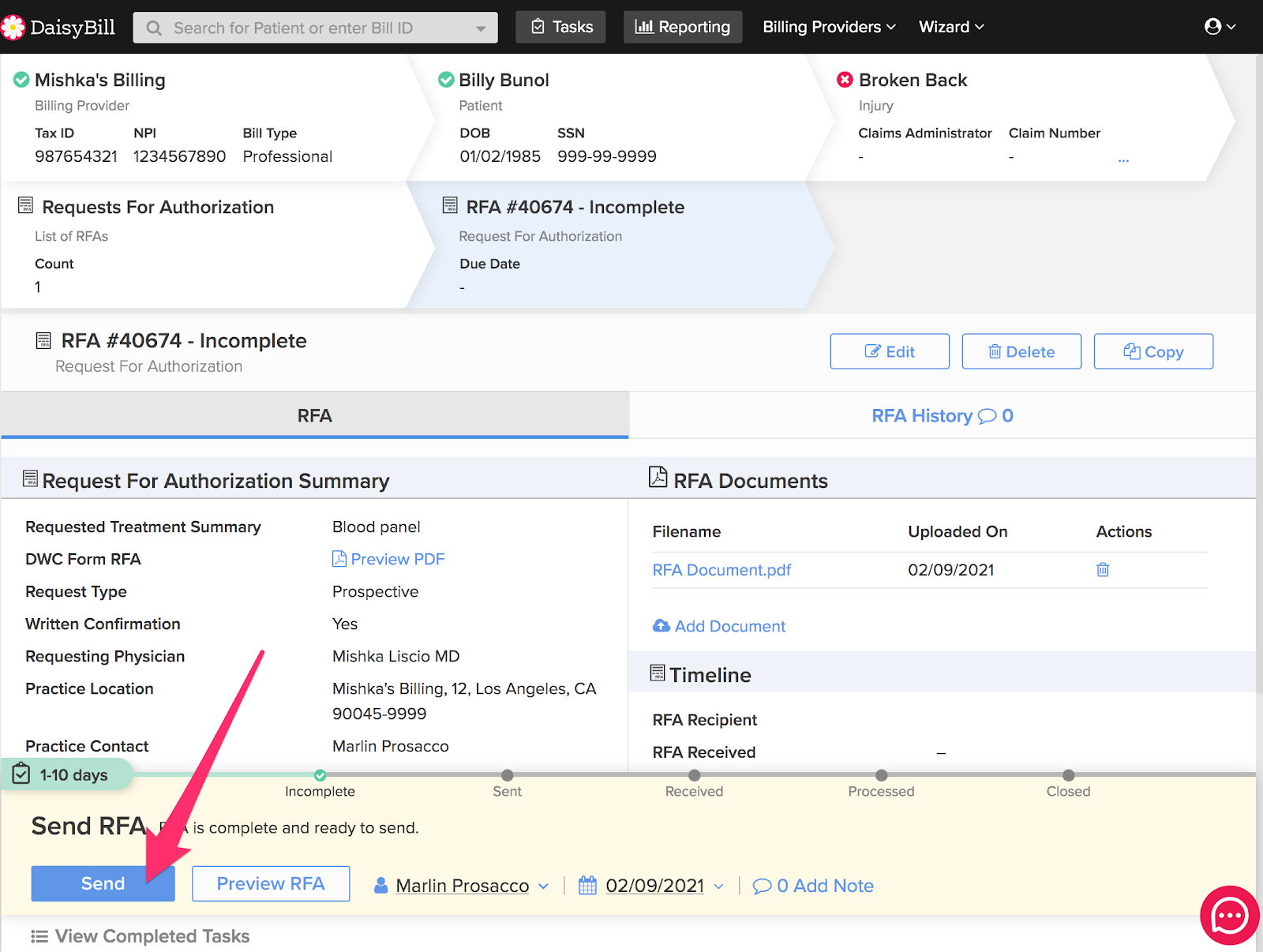 Note that RFA failed review tasks, like other tasks, appear in RFA History. 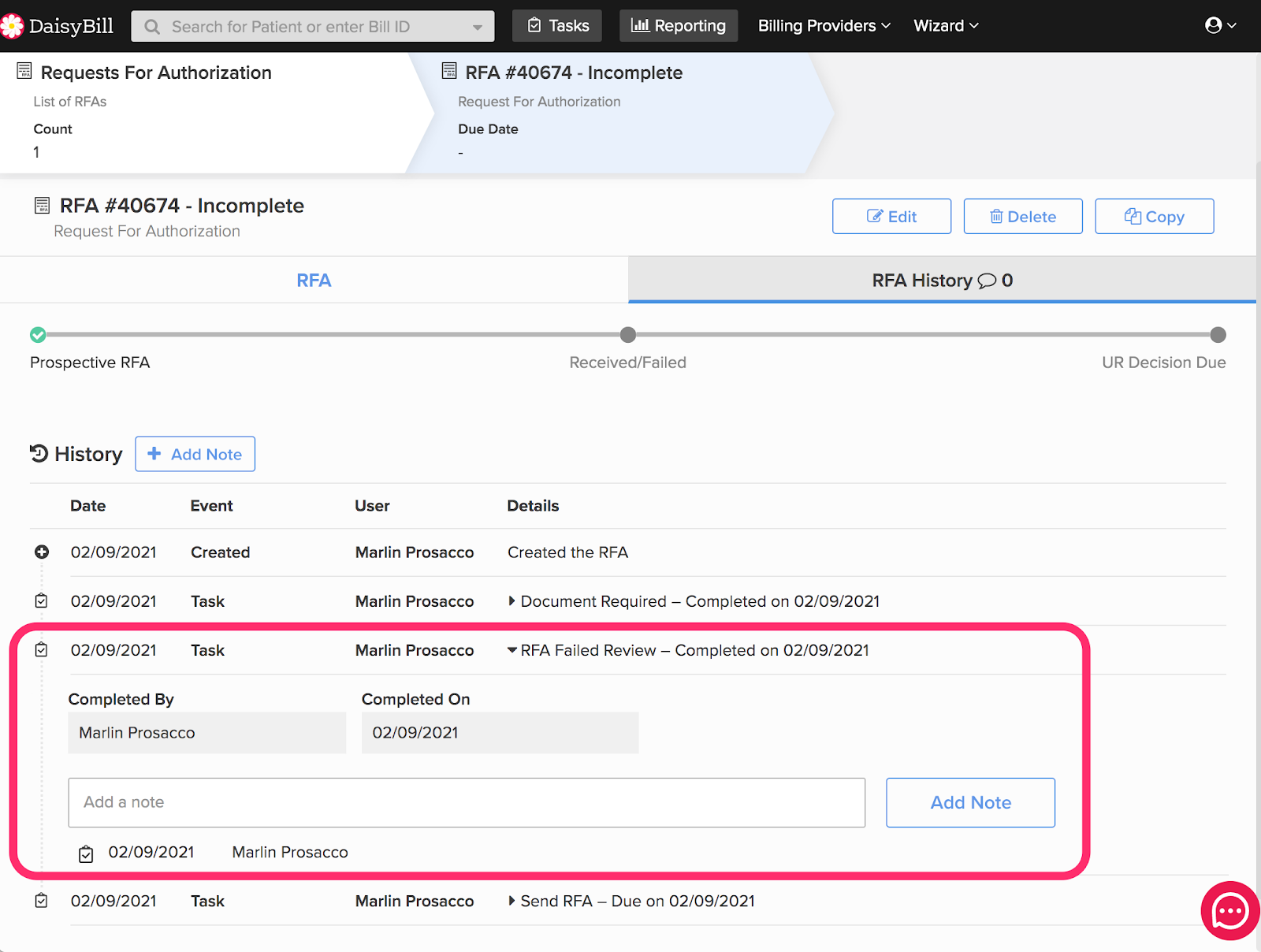