When a $0 reimbursement is posted to an Original Bill submission, DaisyBill automatically moves the Bill to Processed status, generates a Denial Received task, and assigns the task to a designated DaisyBiller.

To complete the Denial Received task determine whether additional funds remain due for the bill.

Step 1. For each Procedure Code, compare the ‘Expected Fee Schedule’ amount to the ‘Bill Payment Total’

Bill Payment Total: Total of all payments posted to all submissions of the bill. 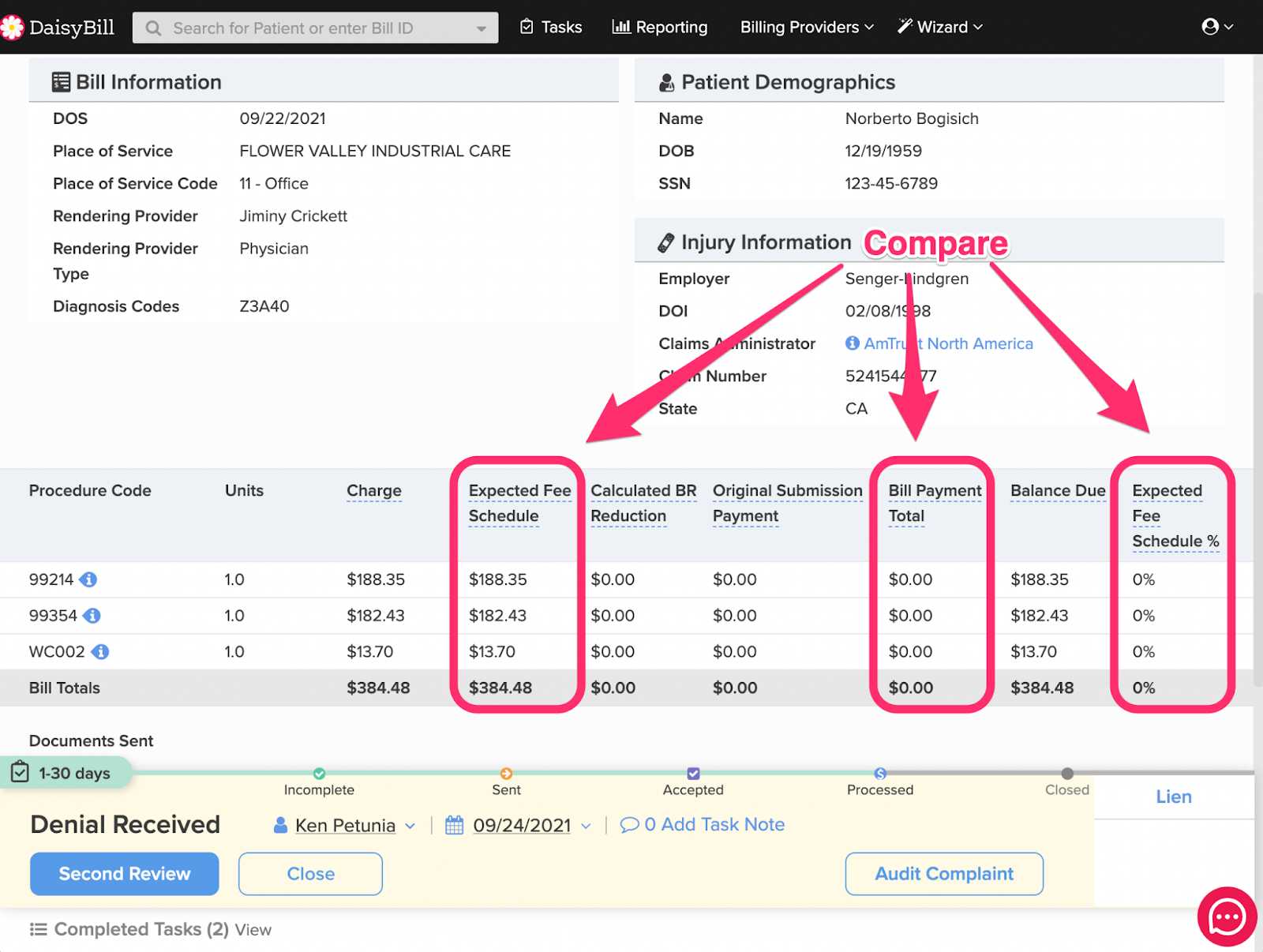 Step 2. For insufficient payments, choose an option from the ‘Action Bar’

Lien: Changes Bill Status to Lien, queues the bill with all other bills for the injury marked for Lien status. (But does not file a lien. This must be done outside DaisyBill.) For more information, see the Help Article: Mark Bill as Lien - Lien Filed. 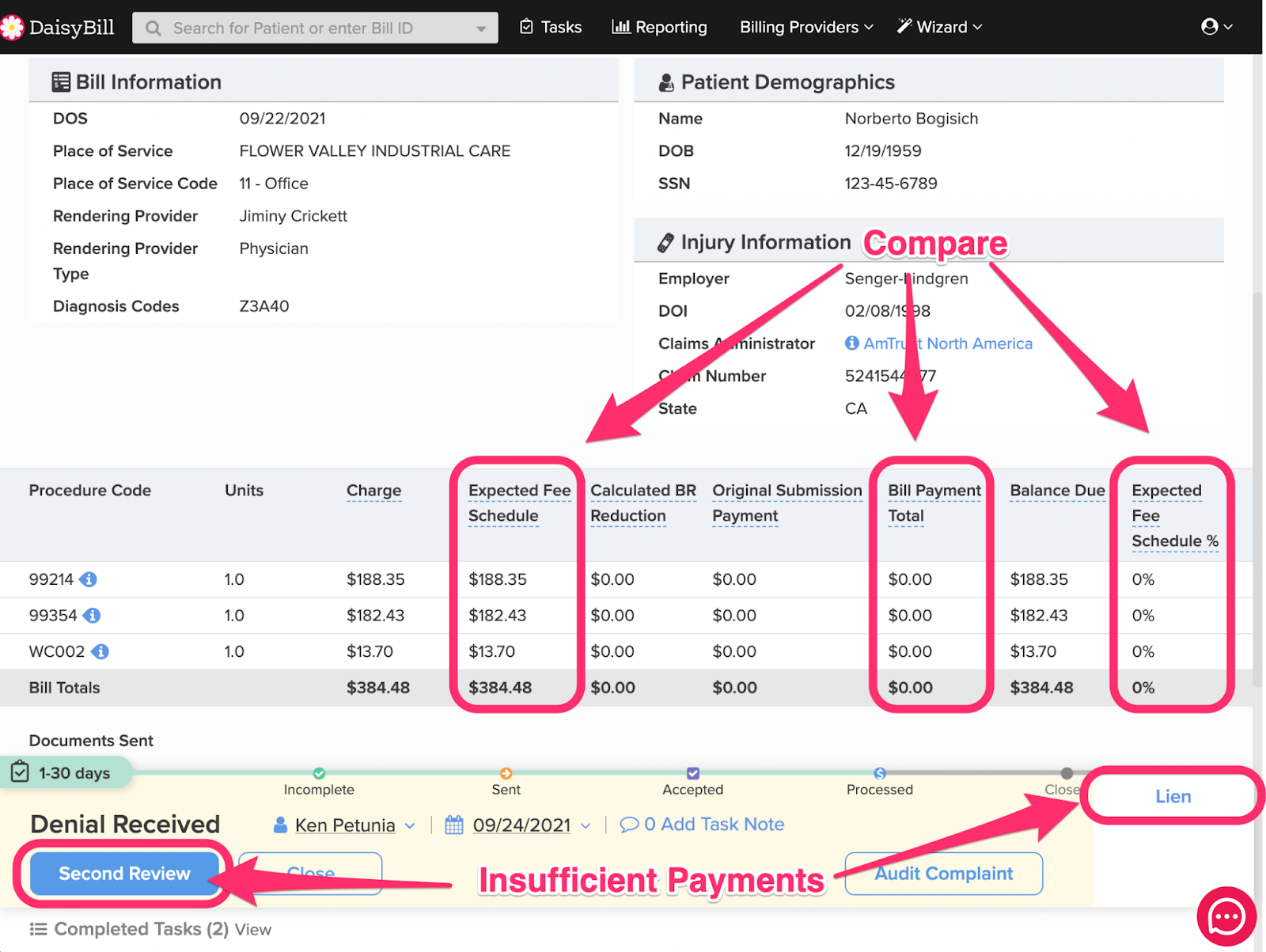 This moves the Bill to Closed status and completes the task. 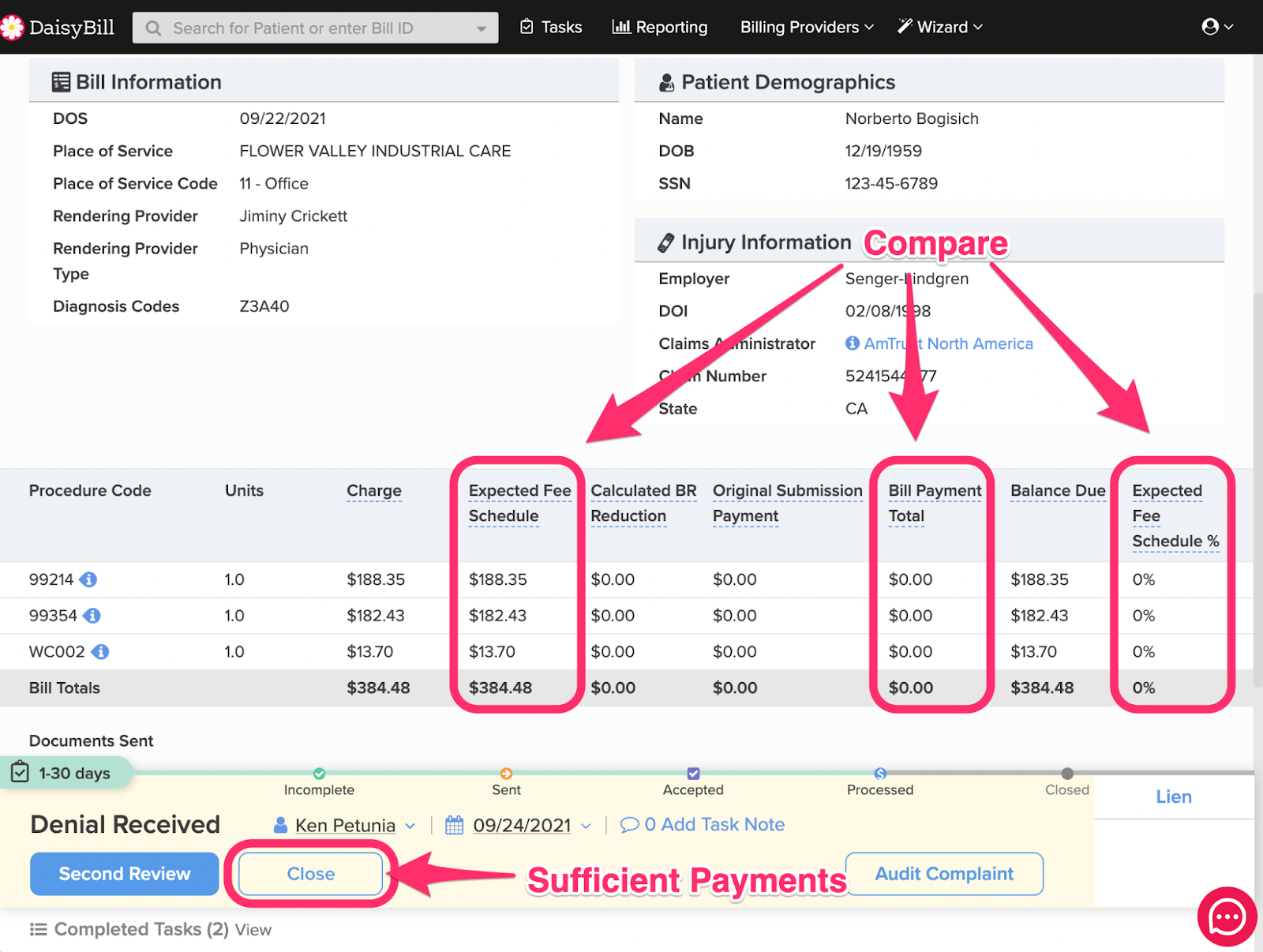 If the bill was incorrectly denied, or if an insufficient EOR was remitted, file an audit complaint against the claims administrator. 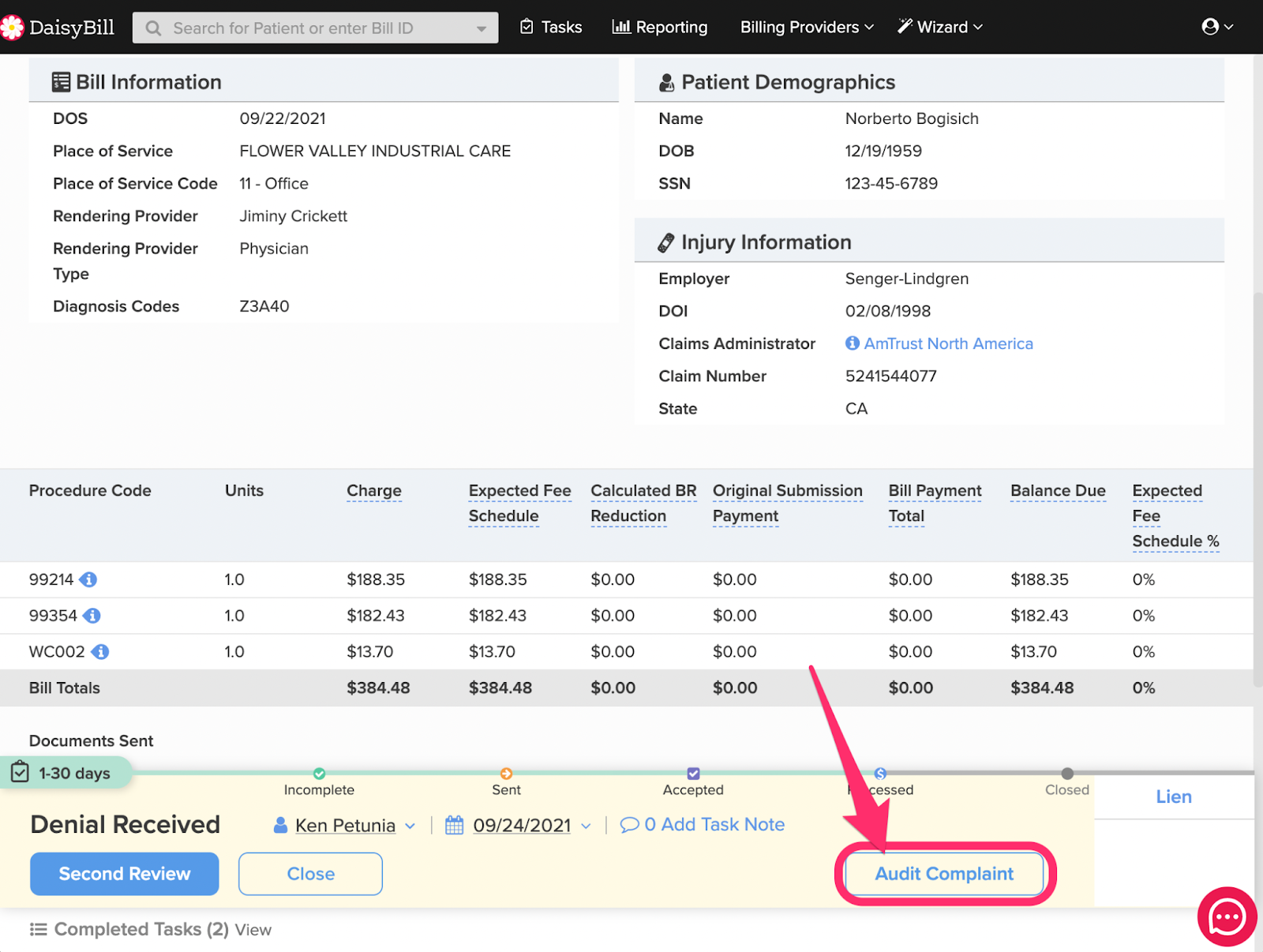