By default, daisyBill assigns RFA tasks to the staff member who created the RFA, i.e., the RFA Creator. But if that’s not efficient for you, Administrators can use RFA Task Preferences to change the default assignment preferences.

This lets you delegate task types to a specific staff member.

This will navigate directly to the specified Billing Provider.

The Manage All Billing Providers feature is limited to users with the Role of Administrator. 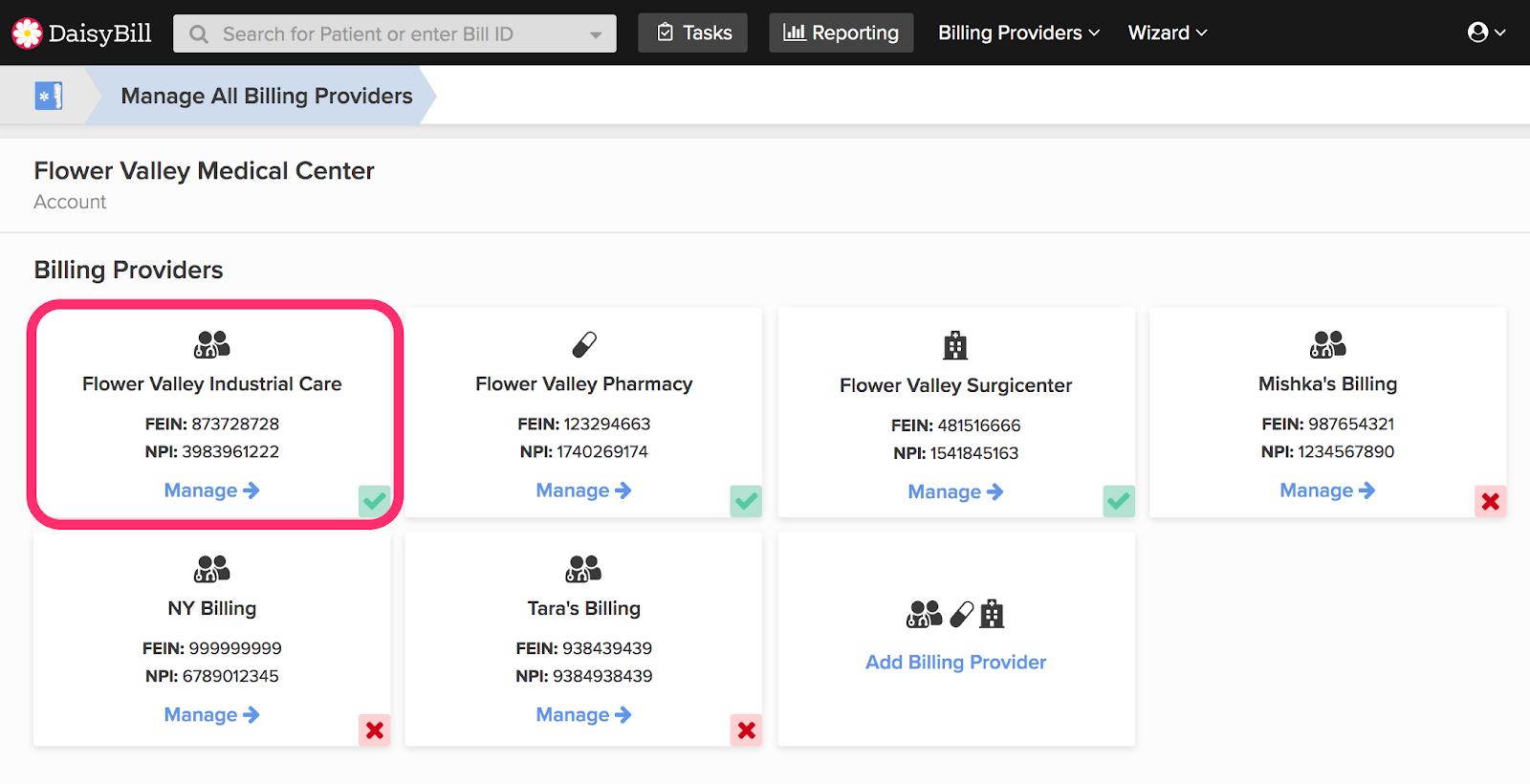 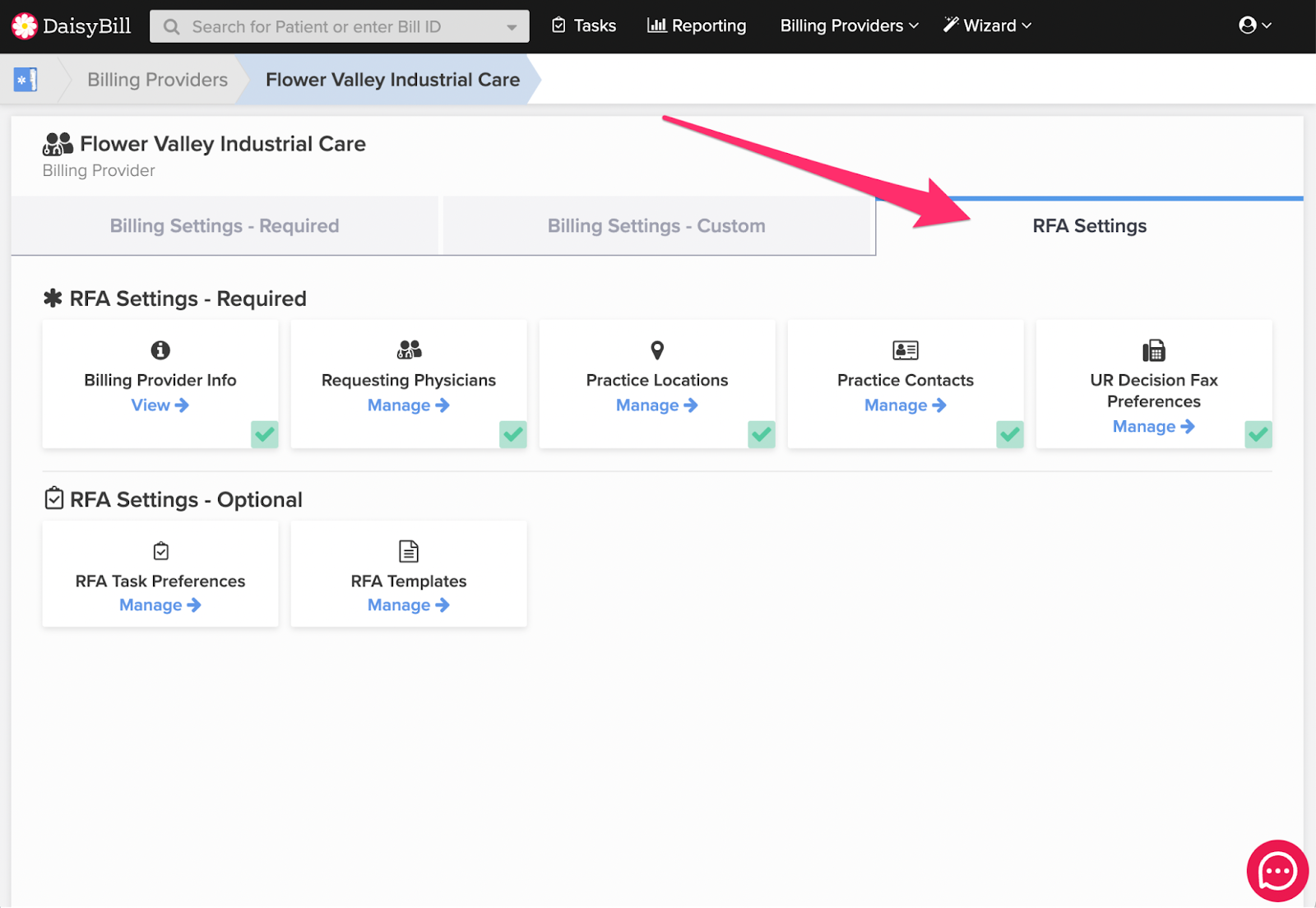 Tasks are organized based on their associated RFA Status. For more information about RFA Status, see this Help Topic. 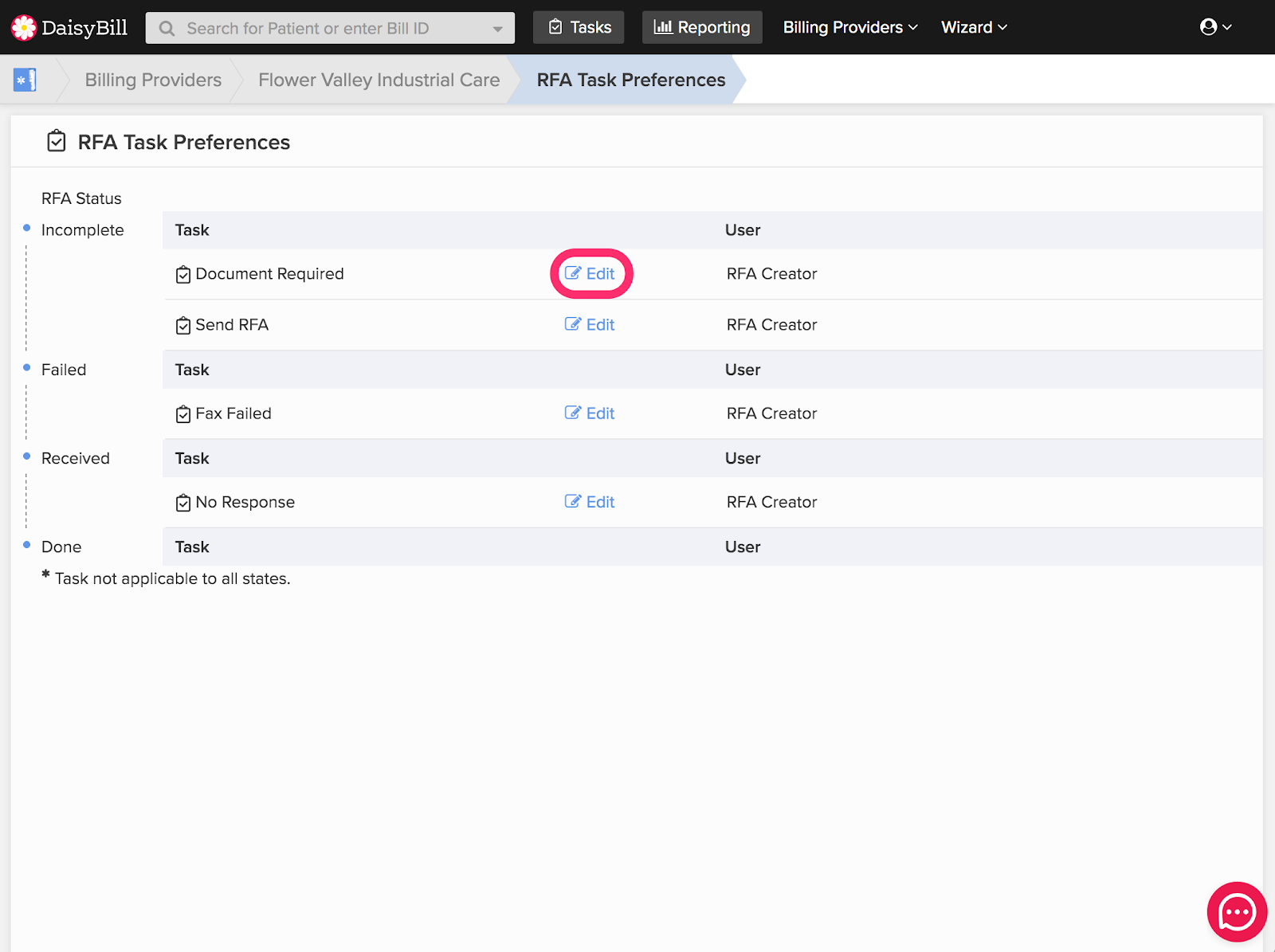 Step 6. Choose an ‘Assignment’ preference for each ‘Task’

The default assignment for all tasks is RFA Creator.

For each assignment, you can select the Add Exception feature to filter based on other elements of the RFA. When an exception is added, the Task will be assigned to the RFA Creator or User user EXCEPT for RFAs with the parameters you selected.

Note: Credit for task completion is given to the user who completed the task, regardless of the assigned user. 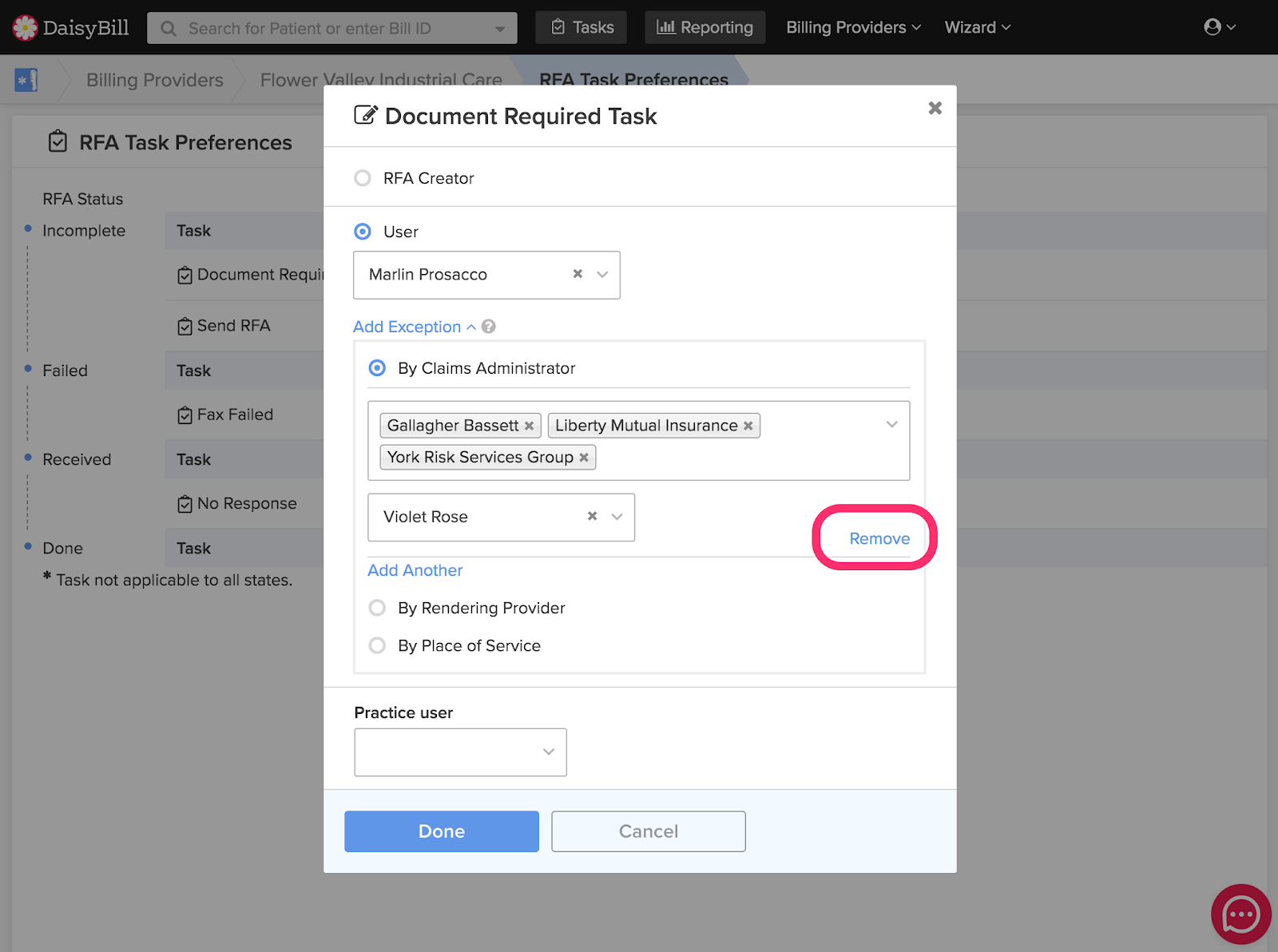