If DaisyBill detects a compliant RFA that hasn’t yet been sent, you’ll get a Send RFA task.

To preview the RFA before sending, click Preview PDF or Preview RFA. 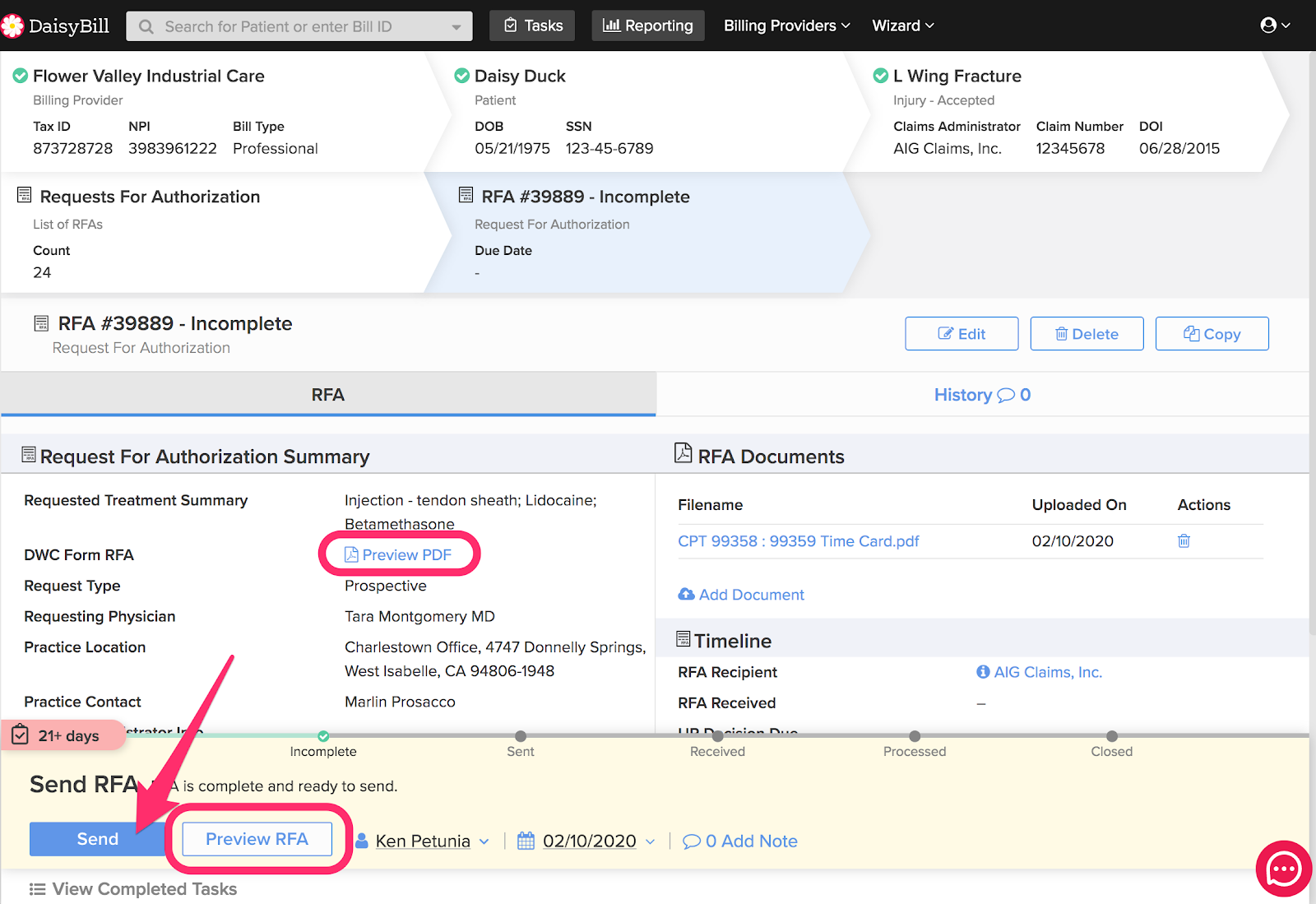 Once Send is clicked, DaisyBill immediately and automatically sends the RFA to the RFA Contact or Adjustor Contact. You can no longer modify, delete, or rescind the RFA. 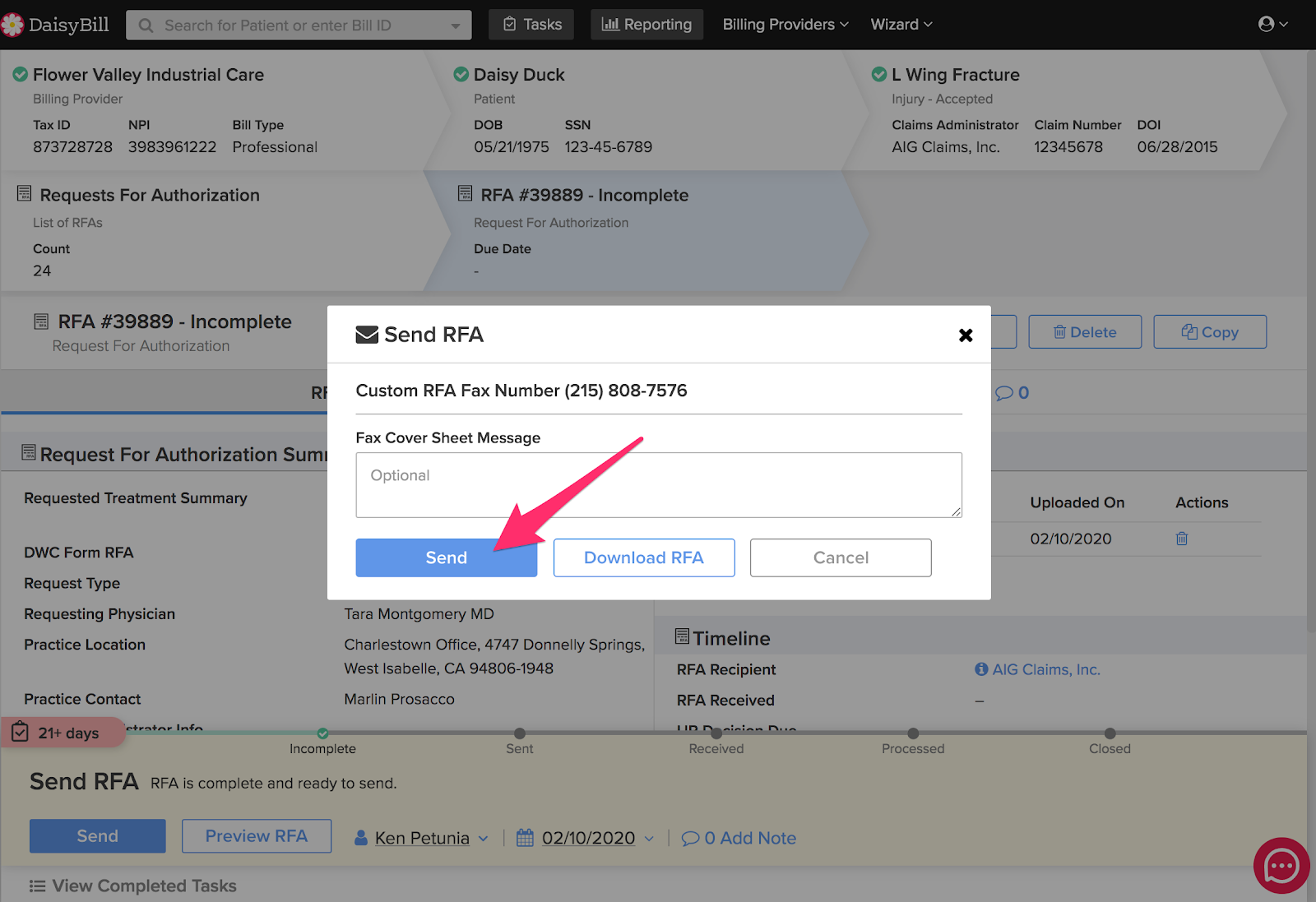