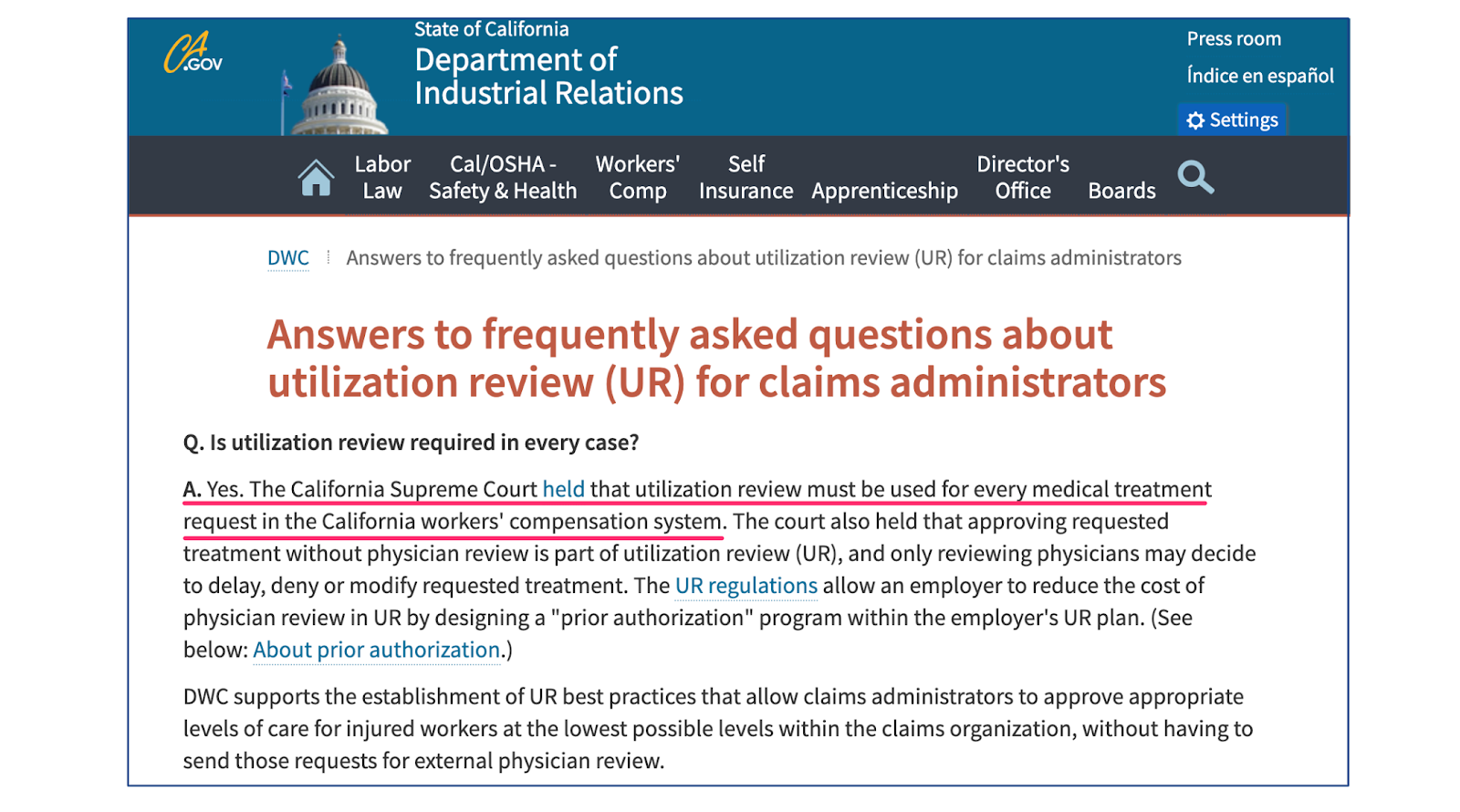 Regulation 9792.6.1 defines Request for Authorization as a written request for a specific course of proposed medical treatment. An RFA must meet both of the following criteria: 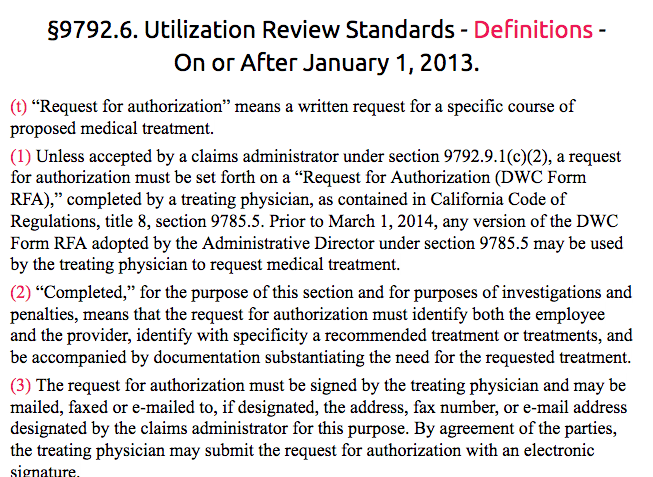 RFA Form: Must Be Correct

RFA Form: Must Be Complete 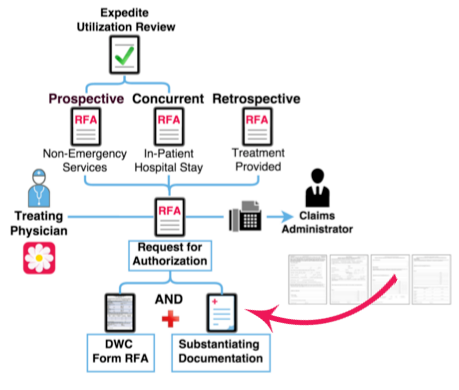 RFA Form: Must Be Signed

Per regulation 9792.6.1(t)(3), a completed RFA must include the signature of the treating physician.