ASK A QUESTION
(a) “Authorization”

Regulation 9792.6.1, which is a list of definitions for Utilization Review, defines authorization as “assurance that appropriate reimbursement will be made for an approved specific course of proposed medical treatment...” 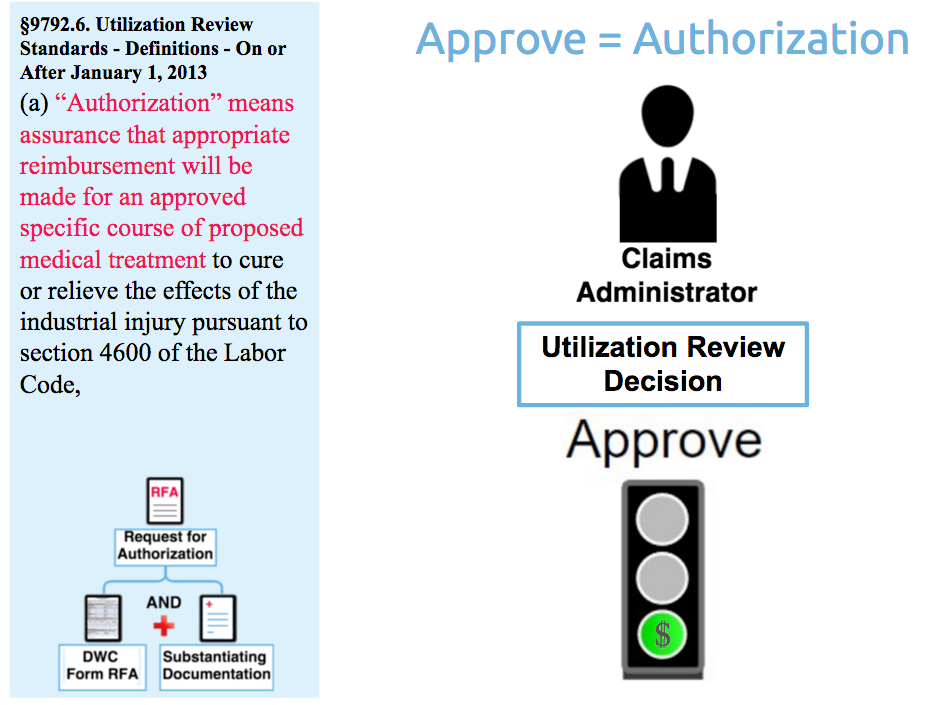 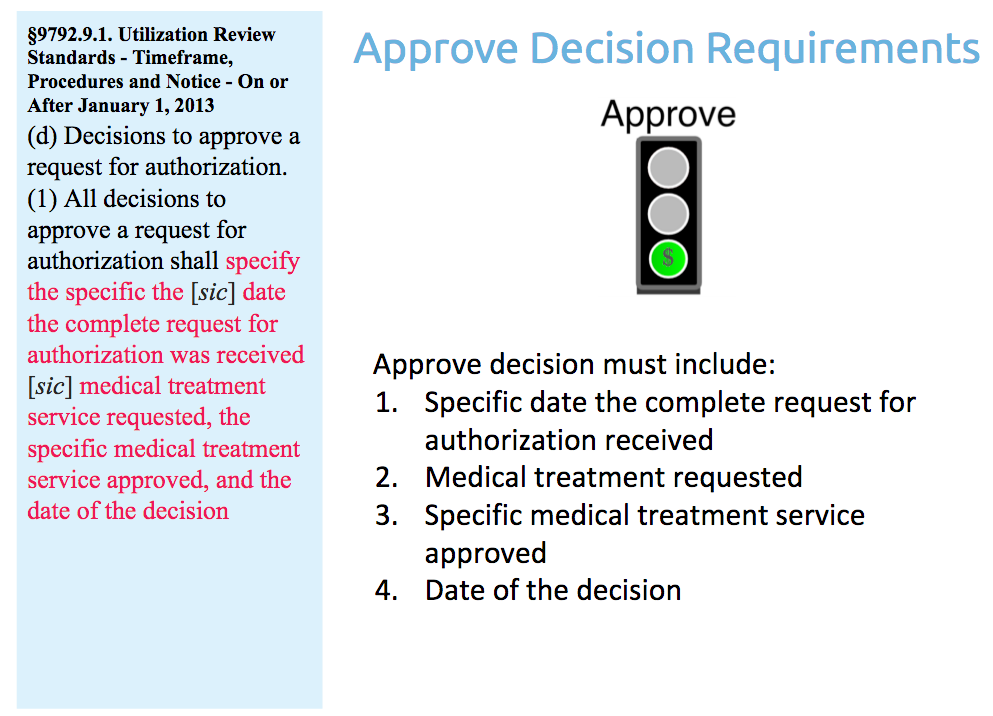 If the decision is communicated by telephone, for a concurrent review, written notice is required within 24 hours of the decision and for a prospective review within two business days.

For retrospective RFAs, regulation 9792.9.1(d)(3) requires the claims administrator to communicate the approve decision to the requesting physician who provided the medical services AND to the patient who received the medical services and to their attorney or designee if applicable. A retrospective RFA decision is due within 30 days of receipt of the RFA.

Get news you can use: fee alerts, billing tips, and webinar announcements for workers’ comp.