For both concurrent and prospective Requests for Authorization (RFAs), a treating physician can request that a claims administrator expedite the utilization review of the requested medical services. 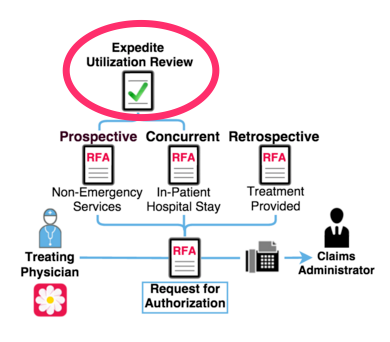 If any of these four listed conditions is true, a treating physician can request an Expedited Utilization Review decision:

For an expedited RFA, regulation § 9792.9.1(c)(4) requires the requesting physician to “certify in writing and document the need upon submission of the request.” 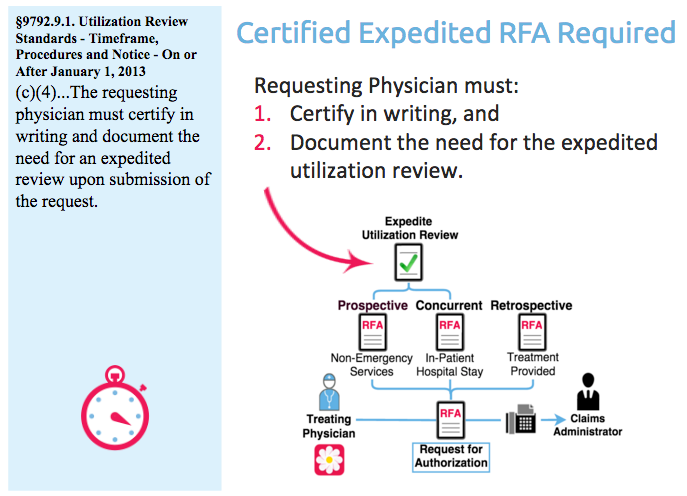 Regulation § 9792.9.1(c)(4) requires a utilization review decision for an Expedited Prospective or Concurrent RFA within 72 hours after receipt of the “written information reasonably necessary to make the determination.” For an expedited RFA, the regulation does not require a completed DWC Form RFA. 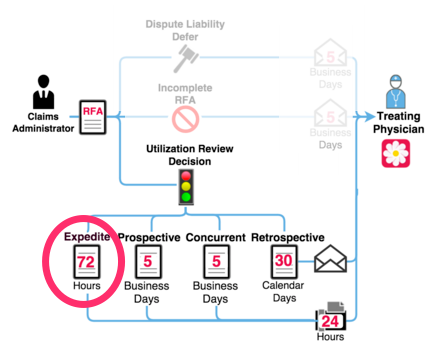 If a claims administrator fails to timely communicate the decision for an expedited RFA, regulation 9792.12(a) mandates that the mandatory penalty is $15,000 for each failure. 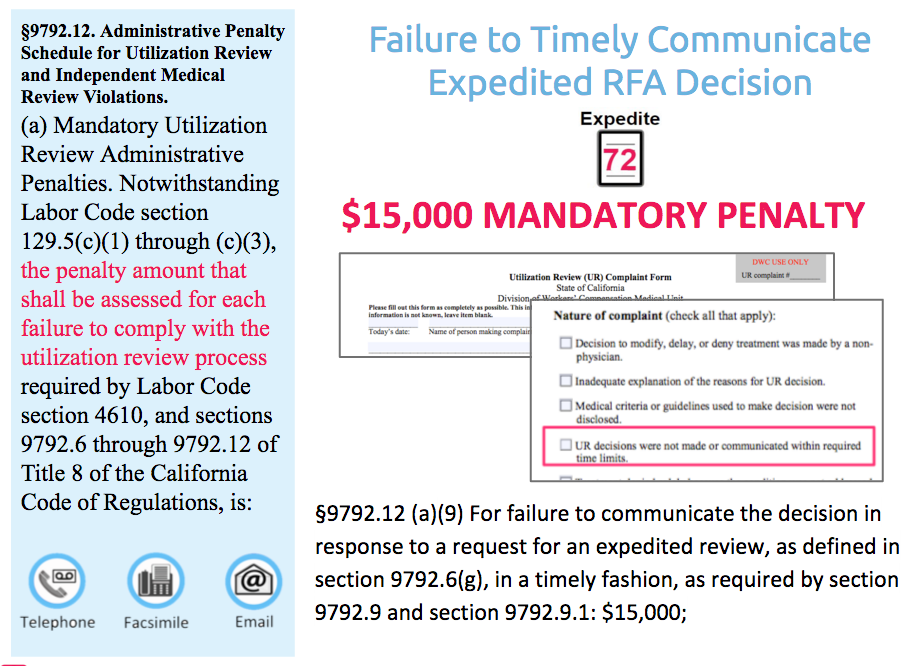